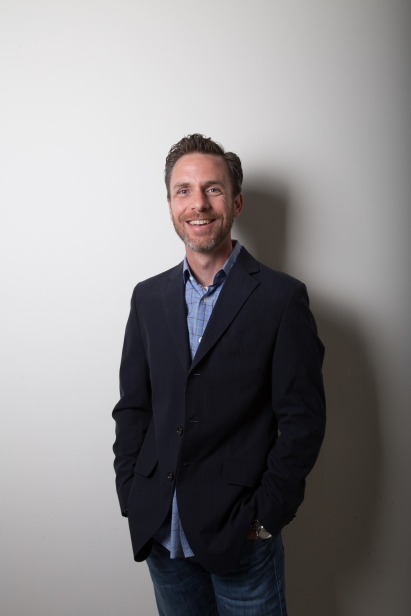 As a full time husband, father and lawyer, how do you find the time to write?

I actually get asked that quite a lot. The best way to describe it is probably by a quote from J.K. Rowling. She said (something like) “No one could have ever made me write, and no one could have ever stopped me.” I certainly feel that way. For me, that just means waking up early in the morning (usually around 5:15) when no one else is awake. At that time of day, all is quiet. There are no work pressures, no screaming kids, no expectations or obligations to meet. For about two hours every day, it’s just me and the story in my head.

So when did Michael Riley’s story enter your head?

Years ago, I was down in the exact place where Riley sees the murder and I thought: This would be a good place to kill someone. In that moment, the story sunk a single but deep root. From there, it continued to grow to a point that, to my surprise, I had a fairly decent plot in my head. I shelved the entire thing for another year but it wouldn’t go away. Finally, I figured the only way for it to go away was to write it down. I always thought it would be fun to write a book and now I had a plot.

Is the technology in The Lincoln Prophecy real?

Yes. As scary as it is, all the technology exists and likely has for decades. I begin the book with a quote by Senator Frank Church back in 1975. The Senate was investigating the surveillance power of the NSA and his assessment was that the technological power of the government was so vast that no citizen could ever escape. And that was forty years ago! I have spent the past decade working in the cyber-security industry and I assure you things have advanced a long way in forty years.

Your new book, The Scorpion Code, doesn’t feature Michael Riley. Why not?

Oh our friend Riley will make a return. In fact, I was working on the next Riley novel when the plot for The Scorpion Code appeared from nowhere. I tried for weeks to make it go away but it just kept rattling around in my head. Eventually, I couldn’t ignore the rattle any longer. I also like the idea of bouncing between series to give the characters time to breathe.

The Scorpion Code is an historical thriller. How do you prepare to write a book like that?

I always intended Washington to act as a character in the book. To do that right, you have to build it out like any other character. That means you have know as much as you can about it and far more than you’ll ever put into the book. I started by reading general histories of the City and researched every detail I could find. For example, there are a couple of times when John Haney goes into a bar to order a beer. He couldn’t very well order a Miller Lite so I had to research what kind of beer was available at the time in Washington City. I settled on Schells, which I had never heard of before or since. Luckily, the Civil War is a well-studied and documented event. There was more material than I could imagine.

The Scorpion Code has some pretty intense scenes involving race relations. Why did you decide to include those?

That wasn’t my intention when I started writing the book. But as I learned more about what was going on at the time, I felt like I couldn’t tell an authentic story without including at least some of what I had learned. Alan Ayckbourn once said, “The darker the subject, the more light you must try to shed on the matter.” I think that’s right.

What’s next for Michael Riley and Levi Love?

I have big plans for both of those guys. I have a pretty good idea where their stories go next – I just have to decide which one to tell first. Keep checking back on my website and you’ll know as soon as I do!